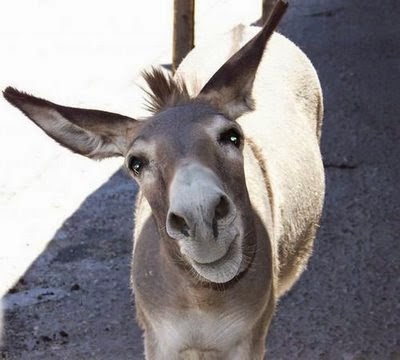 One day a farmer’s donkey fell down into a well. The animal cried piteously for hours as the farmer tried to figure out a way to get him out.

Finally the farmer decided it was probably impossible and the animal was old and the well was dry anyway, so it just wasn’t worth it to try and retrieve the donkey.

So the farmer asked his neighbors to come over and help him cover up the well. They all grabbed shovels and began to shovel dirt into the well.

At first, when the donkey realized what was happening he cried horribly. Then, to everyone’s amazement, he quieted down and let out some happy brays.

A few shovel loads later, the farmer looked down the well to see what was happening and was astonished at what he saw. With every shovel of dirt that hit his back, the donkey was shaking it off and taking a step up.

As the farmer’s neighbors continued to shovel dirt on top of the animal, he continued to shake it off and take a step up. Pretty soon, to everyone’s amazement, the donkey stepped up over the edge of the well and trotted off!

Written by Elizabeth for Motivational Moments .

As I gaze out of my office window seeing the coloured leaves on the trees it reminds of my wonderful weekend at Millcroft. I did not go with...
Retreat Testimonial

I'm still flying high! Thanks again for the wonderful, freeing experiential weekend. It was a great group. Your guidance together with the v...
Retreat Testimonial

What a great weekend I had I can't tell you the last time I laughed so much. I met some new friends and really it was all about Me and that ...
Retreat Testimonial

Thank you so much for the retreat weekend at the Mill Croft Inn Oct. 5 & 6 2013. With your guidance, knowledge, love & understanding...
Retreat Testimonial
Top